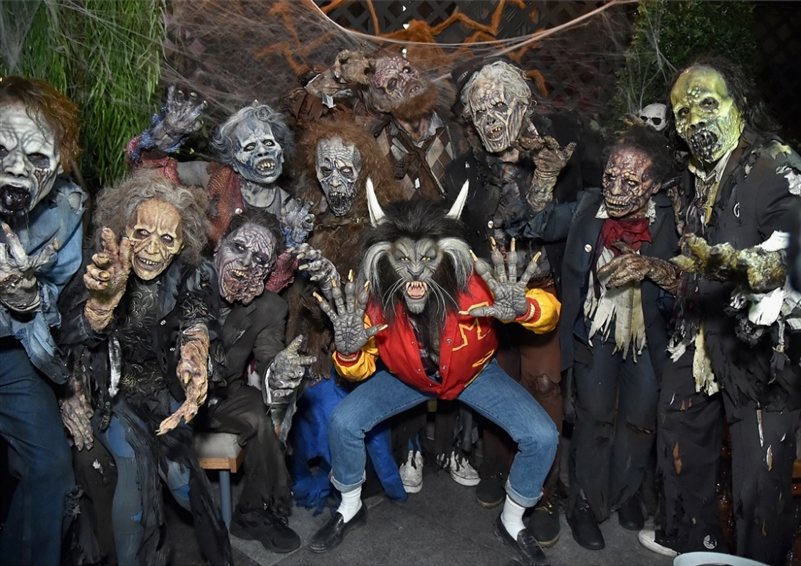 Halloween Costume Queen Heidi Klum Outdid Herself Yet Again with This Thriller-Inspired Look.
Photo by: Heidi Klum, via Instagram.

If you follow celebrity trends and news, then you already know that Ms. Heidi Klum is well known for her absolute love of Halloween, and extreme dedication to pulling off epic Halloween costumes each year for her annual Halloween Party. Last year, her getup was simple, but she flanked herself with about a dozen Heidi look-alikes (complete with wigs, prosthetics, and professional make up to make sure they looked exactly like Heidi herself, but this year, she's gone in a completely different direction, which is a classic move for this Queen of Halloween.

For Halloween 2017, Heidi donned extreme make up and prosthetics herself, going as a werewolf inspired by Michael Jackson's iconic Halloween classic "Thriller", and her costume definitely didn't disappoint.

The supermodel was entirely unrecognizable in the get up - unless someone told you that it was Heidi, you might have thought an actual werewolf had shown up to the party - her make up was that good - she is a professional Halloween enthusiast, after all.

Leading up to the party, Heidi spent the day getting in costume, and posted a variety of teaser pics that showed her having make up applied, and with what we now know as her werewolf teeth, but she's also incredibly good at keeping her costumes under wraps, so despite sharing almost a ton of sneak peeks throughout the day, her costume was a complete shock, and total wow for everyone as they arrived at the party.

If there's one thing we know about Heidi, it's that she sure knows how to celebrate Halloween, and she's only upping her costume game each year for everyone else!

What did you think of Heidi Klum's 2017 Halloween Costume? Let Us Know in the Comments Below!