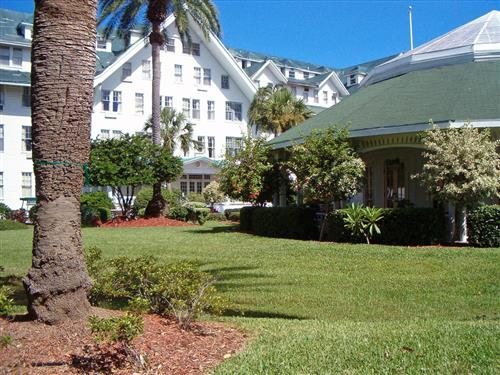 This hotel is located along the eastern shores of Old Clearwater Bay and has views of the bay and the barrier islands which border the Gulf of Mexico. It was built by railroad tycoon Henry B. Plant in 1897 and was added to the U.S. National Register of Historic Places on December 26th, 1979. In 2012, the owner planned to demolish the hotel so it could be replaced with condos. At 820,000 square feet, this hotel is the last remaining grand historic hotel in Florida that exists as a resort, and the only remaining Henry Plant hotel still in operation. The property consists of over 160 acres and includes swimming pools, a golf course, restaurant and beach club. It is a popular location for wedding and other large events. And it also has been known to be quite haunted. There has been ghost sightings and other paranormal events. The Hotel was featured in a segment on the Weird Travels series on the Travel Channel television network in the U.S., which was filmed in March 2004 by Authentic Entertainment.